From President Barack Obama to Pastor T.D. Jakes, Jamal Simmons has served as a trusted advisor at the highest levels and on the most complex situations. While all of our shows feature important topics, today’s show is especially timely given all of the attention Las Vegas is receiving in the news.

Jamal is a unique interviewer and voice on the American political and media landscape. He worked for U.S. President Bill Clinton and was an advisor to President Barack Obama’s historic 2008 campaign and White House. His real world political experience and work with the US government, international NGOs, Fortune 500 companies and early stage startups gives him keen insights.

Jamal’s appearances on every major cable news network, radio and online give him wide audience reach. Currently, he can be found each week on Hill.TV and reg ularly on NPR’s “Here and Now.” A rare voice of reason, Jamal has credibility among political, social justice, and corporate decision-makers.

Jamal got his start in on-air political analysis on the Fox News Channel in the mid-2000’s and became a fixture on CNN during the 2008 presidential campaign advocating for Barack Obama. CBS News hired him as their in-house Democratic Analyst during the 2010 midterms appearing regularly on the “CBS Evening News with Katie Couric” and CBS “This Morning.” Since then, Jamal appears regularly on MSNBC programs such “AMJoy” and “Hardball with Chris Matthews.” In 2016 he was a frequent guest on ABC’s “This Week with George Stephanopoulos” and still appears regularly on CBS “Face the Nation.”

Today he is here with you on Compassionate Las Vegas - The Podcast.

Few things are as polarizing as our subject today. So we want to be clear that this show is not affiliated with any political party and is not endorsing any candidates, but we are certainly going to talk about how compassion is recognizable in the political landscape. This is an episode you are going to love - so tweet or post or whatever social media method you use, share this episode right now and use the hashtag #compassionateLV

Next Episode All Episodes Previous Episode 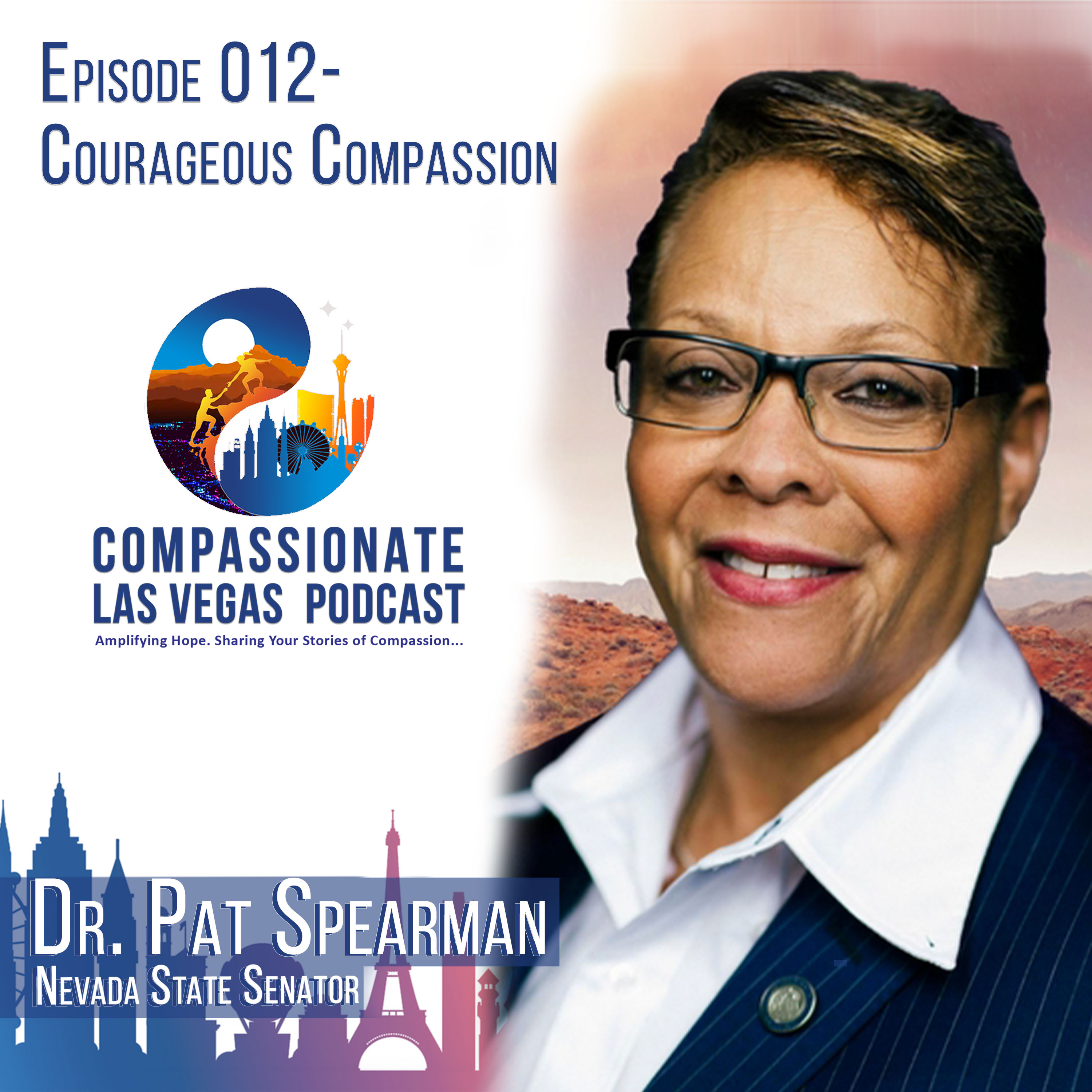 Compassionate Las Vegas
Stories of Compassion in Action in the Valley and Across the World
Compassionate Las Vegas - The Podcast is part of the grassroots organization whose mission is to foster the Charter for Compassion and the movement of compassion in the Las Vegas, Nevada area. Compassion acts as our guiding principle. Nearly all moral and religious institutions suggest a version of the Golden Rule that we should "do to others as you would have them do to you", and yet we are a world divided. We believe the need for more compassion is the most pressing issue of our time. There is data to support that love and compassion are not luxuries but are necessities for human survival. We are here to host and inspire a network of compassionate businesses, government institutions, schools, groups, and individuals so that Las Vegas may be a more compassionate place to live, work and play.
​
We are part of a network of 440 Compassionate Cities in 56 countries and growing daily. Mayor Carolyn Goodman affirmed the Charter on behalf of the City of Las Vegas in 2013.